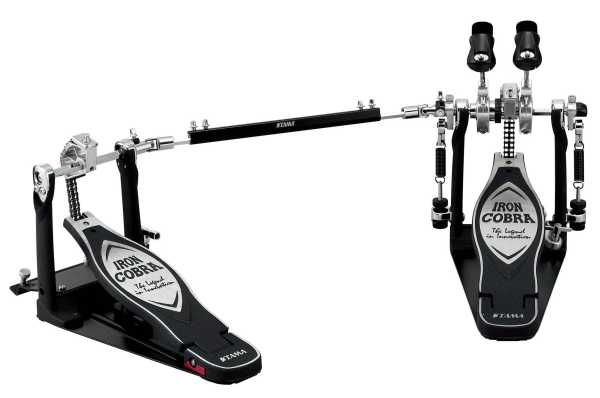 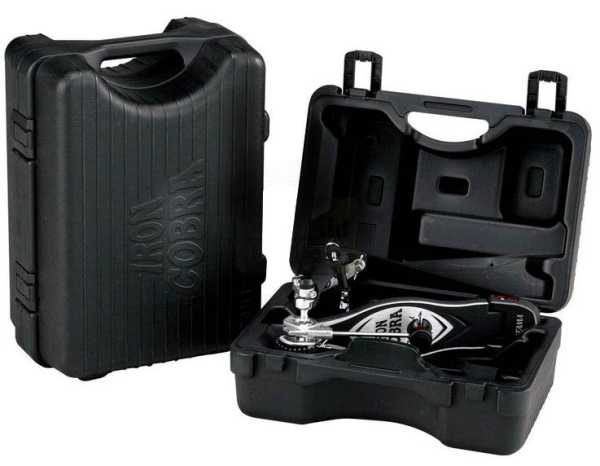 The IRON COBRA HP900PWN is for now one of the most recommended bass drum pedals at the market.

The Iron Cobra achieved its legendary status because of its ability to strongly support both the artistic and logistical requirements associated with the art of drumming. Since its inception...smooth, effortless performance and unparalleled response
have been hallmarks of the Iron Cobra.

In its efforts to expand the boundaries of this original design, TAMA has continued to work at improving the Iron Cobra, always with an eye towards bringing drummers closer to their own creative objectives. Now, through meticulous analysis of the Cobra's
performance under the most demanding conditions, and input from some of the world's best drummers, TAMA proudly introduces
the smoothest, best performing, and most reliable Iron Cobra ever.

What does it take to create the smoothest, most efficient generation of Iron Cobra yet? We started by analyzing, under performance circumstances, the cycle of energy demanded during a single split-second stroke: The drummer's foot pressing downward... the strike of the beater against the head... the return of the mechanism to its original position. From this analysis emerged our finest hinge connections and spring treatment yet.

The new Iron Cobra implements what we refer to as "Super Stabilization." This concept includes both a wider frame structure and wider under-plate, which bring two major benefits -- greater optimization of the new Para-Clamp II Pro's hoop gripping power, and an overall stronger, more stable feeling pedal. These two factors help provide a solid base that facilitate improved technique and ultimately bring out the best in a player's performance.

From pianissimo to fortissimo, the Iron Cobra's newly developed Power-Strike Cobra Beater offers unmatched sonic power and projection throughout the entire dynamic spectrum. Intensive experimentation with different felt surface areas, shapes and densities, the distance from the shaft to beater-face, and overall weight and balance of the beater, enabled us to devise a beater head that delivers remarkably powerful, focused sound.