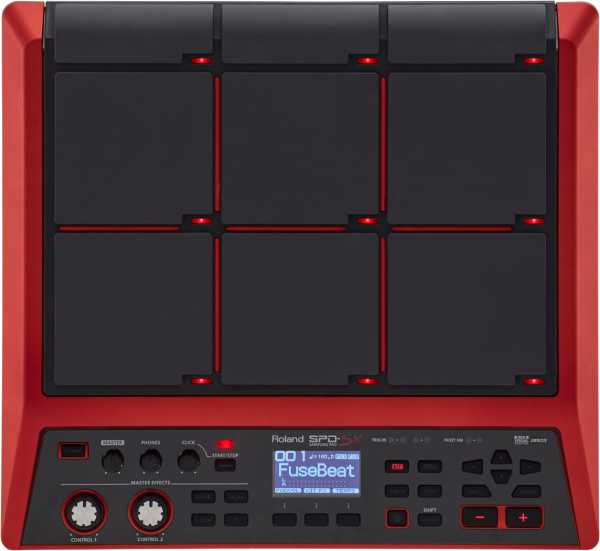 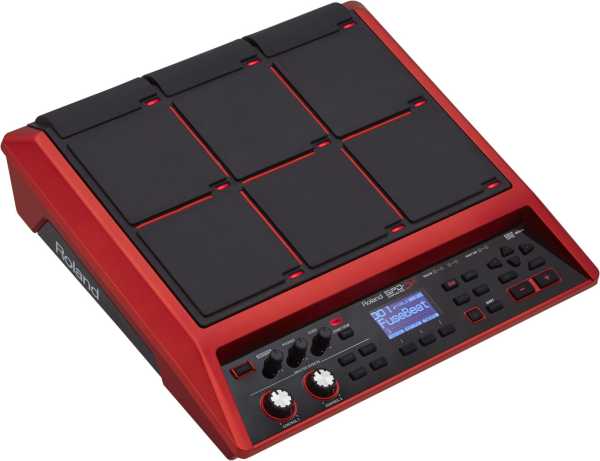 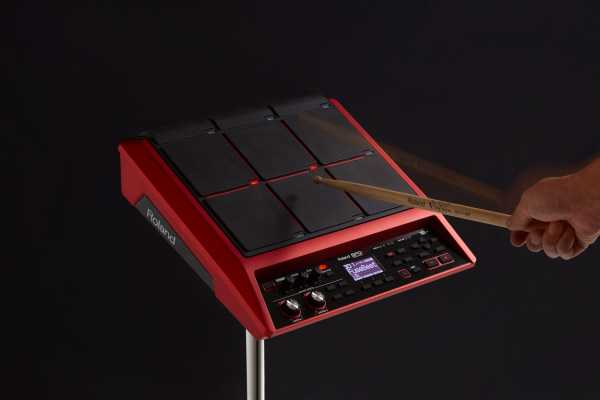 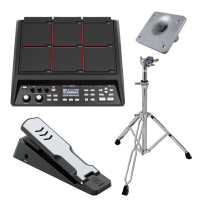 The professional high end Version of the most used Drum Sampling Pad in the world. You see the Roland SPD-SX on all Live Stages and Studios and implemented in thousand of Hybrid Drum Setups all around the world.

Now Roland presents the Roland's SPD-SX Sampling Pad is the professional touring 6GB Special Edition including the Ableton Live Lite software - the go-to choice for musicians who demand control of their own music production.

The Standard for triggering custom samples, loops, and even complete backing tracks. It also supports real-time sample capture with its exclusive Multi-Pad Sampling function. The SPD-SX Special Edition is identical in functionality to the original SPD-SX, but features greatly expanded onboard storage.

ith 16 GB of internal memory available, it's now possible to load enough studio-quality WAV samples to last an entire gig and beyond.

The SPD-SX Special Edition is also ready to support every serious musician's workflow, from WAV sound production to setting up the samples and assigning instruments for performing, thanks to the bundled Ableton Live Lite license and Wave Manager software. And with its striking Sparkling Red finish, this powerful instrument has a bold, distinctive look that sets it apart from other gear on stage. Offering enhanced capabilities and a standout appearance, the SPD-SX Special Edition is the perfect solution for pro players who need a sampling pad that can handle all the sounds they need for every stage and studio situation.

The SPD-SX Special Edition was designed for professional musicians who need increased capacity and capability. The 16 GB internal memory allows you to store up to 50 hours of 16-bit/44.1 kHz mono audio (maximum 10,000 files), so you're able to carry your entire sample library inside the unit, with no external memory required. In addition to the master outputs, sub outputs are available for monitoring or sending individual pads to separate channels on the mixing desk. You can also route the internal click through the phones output only, and easily control it with the dedicated volume knob and start/stop button. It's even possible to route individual pads through the phones output as well. And if you want a larger setup, up to four extra pads can be connected.*

Capture Your Inspiration with Multi-Pad Sampling:

A powerful-yet-intuitive lineup of features has been built into the SPD-SX Special Edition, including Multi-Pad Sampling. While audio streams in from an external audio player or computer via the Audio In or USB jacks, simply strike each pad at the appropriate start/end points and the sample will be automatically truncated and assigned to that pad. This logical sampling process is a fast, friendly way to create multi-sampled phrases and pad maps, making it simple to capture those moments of inspiration with no hassle.

Everything You Need to Maximize Your Sampling and Music Production Sessions:

Integrating your computer with the SPD-SX Special Edition via USB forms an amazingly flexible production and performance setup. Sounds played on your computer can be sampled on the SPD-SX Special Edition, and sounds played on the pads can be recorded into your computer. You can capture sounds from Ableton Live Lite, a web browser, or a computer-based media player directly into the sampling pad, giving you lots of flexibility and versatility when preparing your sounds for live performances.

The SPD-SX Special Edition is equipped with three powerful multi-effects engines: one master processor and two that are assignable per kit. With the master effects, you can perform in real time like a DJ might, using the dedicated front-panel controls. Get your hands on the filter, delay, short looper, and user-assignable effect, and creatively adjust them with the four buttons and two control knobs. And by connecting the SPD-SX Special Edition to your computer, it's even possible to add more effects to your samples with Ableton Live Lite's plug-ins.

The Connectors of the Roland SPD-SX Sample Pad SE:

What is in the box?: