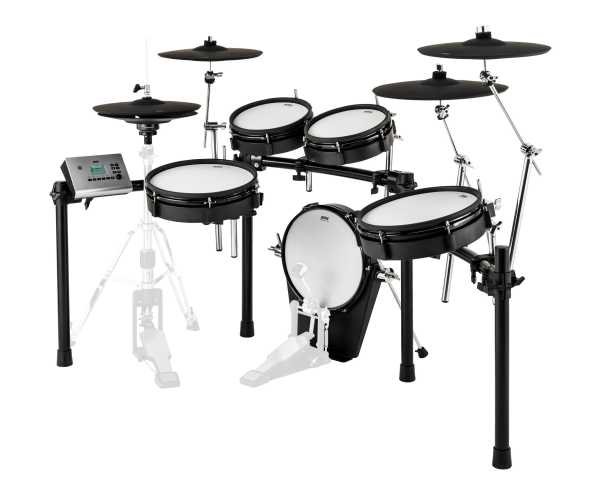 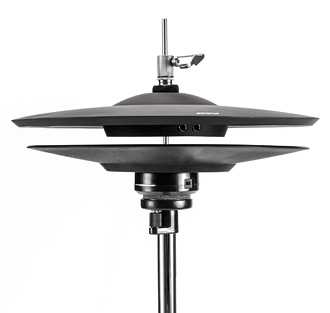 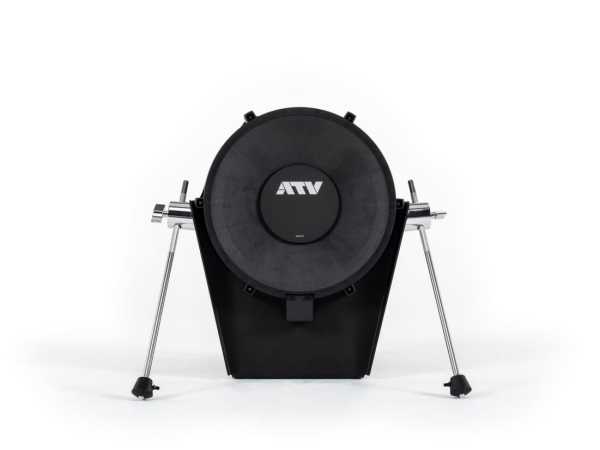 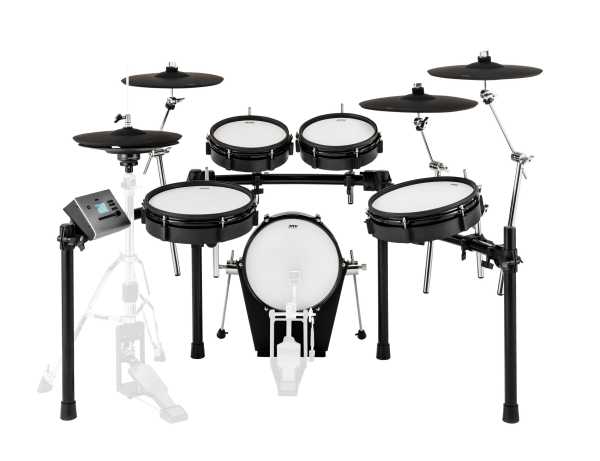 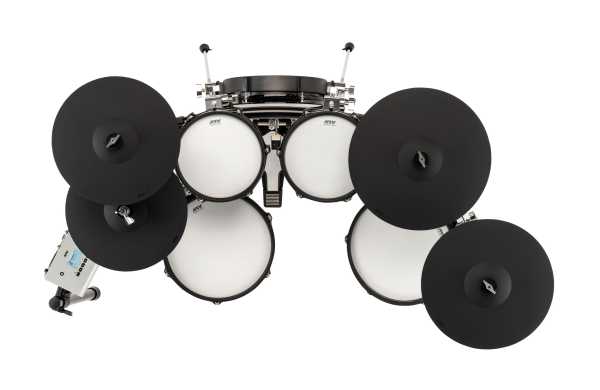 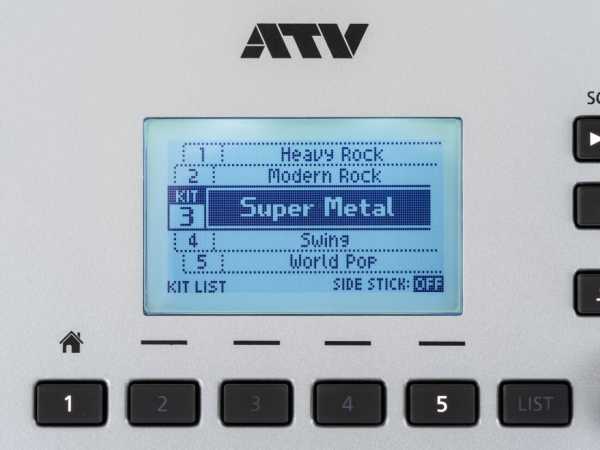 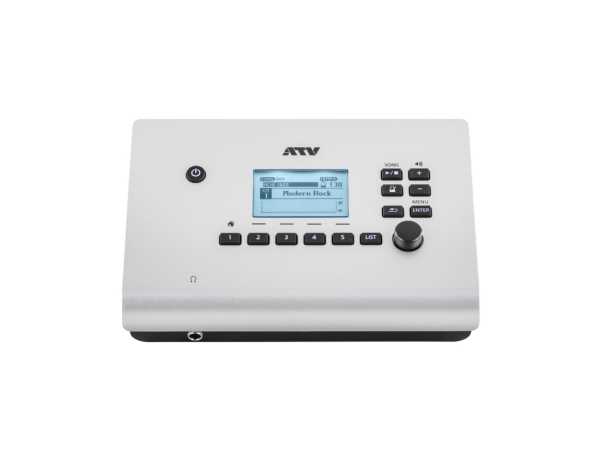 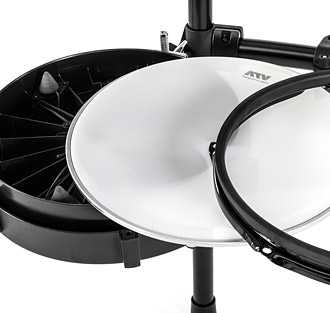 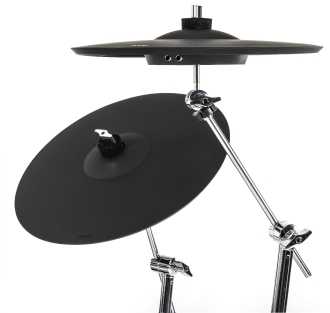 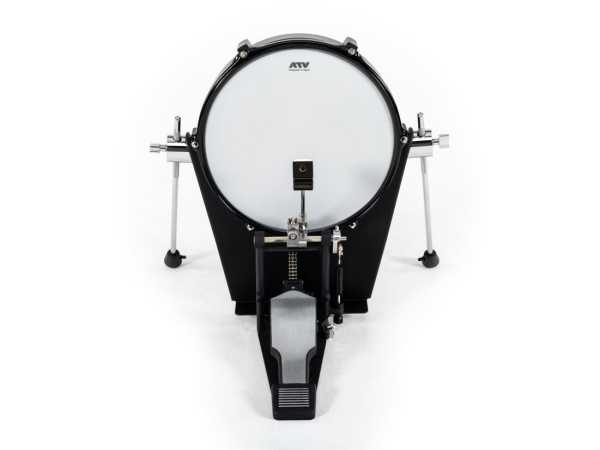 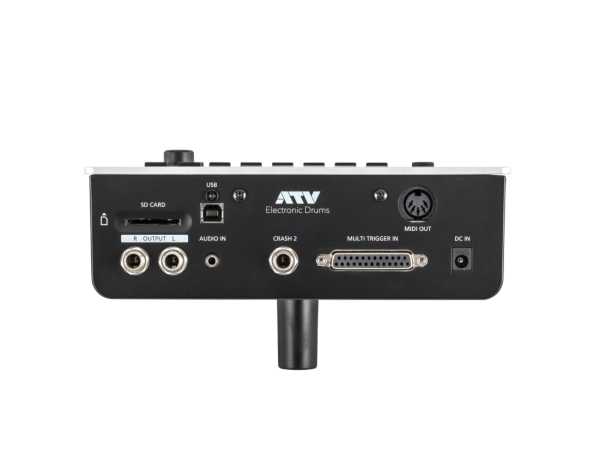 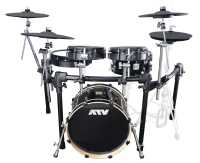 The ATV EXS series is the second generation of electronic drums from Japanese manufacturer ATV, founded by Roland founder Kakehashi.

ATV started with the aD5 e-drum module in 2016 and followed up with the aDrums, an e-drums solution in acoustic look and feel in 2017. Now they have introduced the new EXS series which features a reduced version of the aD5, the new ATV xD3 sound module. There will be multiple sets from the EXS series, starting with the EXS-1 all the way up to the EXS-5, each with different feature sets and price points.

The new ATV xD3 module is based on the sound engine of the well-known aD5 module. The triggers of all the pads and cymbals from the new EXS series are also based on ATVs established high-end technology - Made in Japan.

The story of the ATV EXS-series:

With the new EXS Drums from ATV Corporation, you get 3 affordable high-spec drum set models, which differ with respect to drum sizes, configurations and included components. But all based on the high quality sounding xD3 sound module. With modern and vintage instruments in peak conditions, perfectly tuned, and played by drummers intimately familiar with their sounds. All instruments are recorded in the best studios using boutique and custom equipment, all sampled using proprietary sampling technology and with expert know-how. All the high-quality instruments sounds are stereo recorded uncompressed audio data. ATV started with the aD5 e-drum module in 2016 and followed up with the aDrums, an e-drums solution in acoustic look and feel in 2017. Now, in the middle of 2018 they have introduced the new EXS series which features a reduced version of the aD5, the new ATV xD3 sound module. There will be multiple sets from the EXS series, starting with the EXS-1 all the way up to the EXS-5, each with different feature sets and price points.

* Kick drum pedal and drum throne are not included.

What are the outstanding features of this new series?

More freedom of motion for cymbals

The cymbals can be played and choked anywhere around their full circumference, eliminating the need for rotation stoppers that inhibit natural cymbal motion. Simply place the cymbal on the stand and see how the newly designed pivot allows it to swing naturally in all directions. The innovative design replicates other natural details as well, such as how the whole cymbal flexes and wobbles when its thin tapered edge is struck. The silicone playing surface not only feels great, but also provides excellent silencing characteristics. All these design details work together to create a playing experience similar to that of an acoustic cymbal.

When playing the balance between an open and closed hi-hat sound is subtly controlled by the foot. Conventional electronic hi-hat designs typically use contact-type sensors to detect foot pedal motion, but these mechanical designs are limited in their precision and tracking capability. Solving this problem, the EXS series hi-hat utilizes a completely optical sensor to provide high-precision sensing that won't lag even when the hi-hat is opened and closed rapidly.

Our drums utilize a durable and sensitive two-layer mesh head. No matter the playing style, the wide dynamic range of your EXS series drums will fill you with confidence.The EXS series is capable of capturing the full dynamic range of your performance from ghost notes to powerful rim shots, accurately translating your playing into an expressive natural sounding performance. This consistency is possible because of a new, patented, multi-sensor design for the snare drum and toms that completely eliminates the problem of hotspots.

Your E-Drum Kick - A kick that supports the groove

The ideal kick drum combines sensitivity to ensure fast, precise triggering, with stability that gives a natural feeling of feedback. Our 13" and 10" mesh head kick pad designs achieve a great balance of damping and sensitivity. This ensures a rock-solid, fast-triggering kick that will anchor your groove. If you were using a double pedal, the stability and sensitivity of the kick drum will allow you to flawlessly play fast patterns. With the EXS series kick drum, you'll never miss a beat!

The xD3 sound module enables drummers of all levels to fully express their dynamics and groove. All performers desire the means to support their freedom of expression when playing an incredible sounding instrument - so they can fully experience the dynamic range of a kick drum, the subtle timbres of a snare, and the natural colored resonances of each cymbal. When capturing instrument sounds in the studio, we focused on every detail; mic placement, the position of the drummer's ear, ambient sound that includes room reflections, and imaging - including the positioning of hi-hats on the left and the floor tom on the right of the stereo field; each aspect translates to a sonic detail that combines to support the drummer's realistic sound experience.

Triggering response that elicits the drummer's sense of groove

The most important criterion of great playability is hearing the sound at the instant you strike. For drummers, who unconsciously control their timing in milliseconds, any lag in triggering will impair the groove. Also, identical instruments played by different drummers produce contrasting musical expressions. This is because of subtle differences in 'groove' (rhythmic feel). So for the xD3, we developed a new process that implements high-speed trigger analysis and low-latency sound production, thereby ensuring an unrivalled performance response and feel sensitivity. By means of proprietary technology, uncompressed audio data containing an enormous amount of sonic information sounds at nearly the same instant as the strike, producing a clear expression of a drummer's individual groove and touch.

Until now, players have had to accept that the dynamic range of electronic drums will frequently 'top out'. While this has allowed almost anyone to play electronic drums and produce a stable sounding performance, it has also exposed the electronic character of the drum set and held players back from achieving the natural, richly varied sounds we associate with acoustic drums. So for the xD3, we developed a new sound engine specifically for drums in order to technically realize a full expression of the complete dynamic range, from delicate pianississimo (ppp) to intense fortississimo (fff). Audio material recorded in the range of ppp through fff is therefore accurately sounded according to the drummer's striking strength. Even when a roll is played, this sound engine reproduces a naturally-connected roll rather than a mere mechanical succession of sounds.

The Cymbal sounds inside the xD3 module

The xD3's cymbal sounds fully reproduce the natural signatures of resonance and reverberation patterns captured in hi-definition studio recordings of acoustic cymbals. Our approach fundamentally contrasts the conventional use of data-saving DSP processes used in other modules, which add artificial reverberation and utilize synthesis techniques to sequence, loop and attenuate parts of the envelope of a dry recorded sound. Just listen carefully to a cymbal sound generated by the xD3 and you will experience in vivid, natural detail the real reverberation and decay patterns that only acoustic cymbals can produce. This is possible because we record the full decay time (attenuation) of a cymbal's sound in stereo without applying any compression. The xD3 accurately outputs the natural envelope of the cymbal sound as it was played and recorded. Try it and you'll discover how the natural decay and spatial reverberation of our cymbals give you that depth of tone to support subtle playing on slower songs with longer rests and time spaces.

The realism of performing with high-resolution sound

The sound sources built into the xD3 represent modern and vintage instruments in peak condition, tuned perfectly, and played by drummers intimately familiar with their sounds. Instruments are recorded in the best studios using boutique and custom equipment, all sampled using proprietary sampling technology and with expert know-how. Under these ideal conditions, all material is recorded in stereo at high resolution in order to capture every detail of the instrument's natural resonance and spatial qualities. These high-quality instrument sounds are included in the xD3 as uncompressed audio data with minimal adjustments, ensuring the original sounds are not compromised in any way.